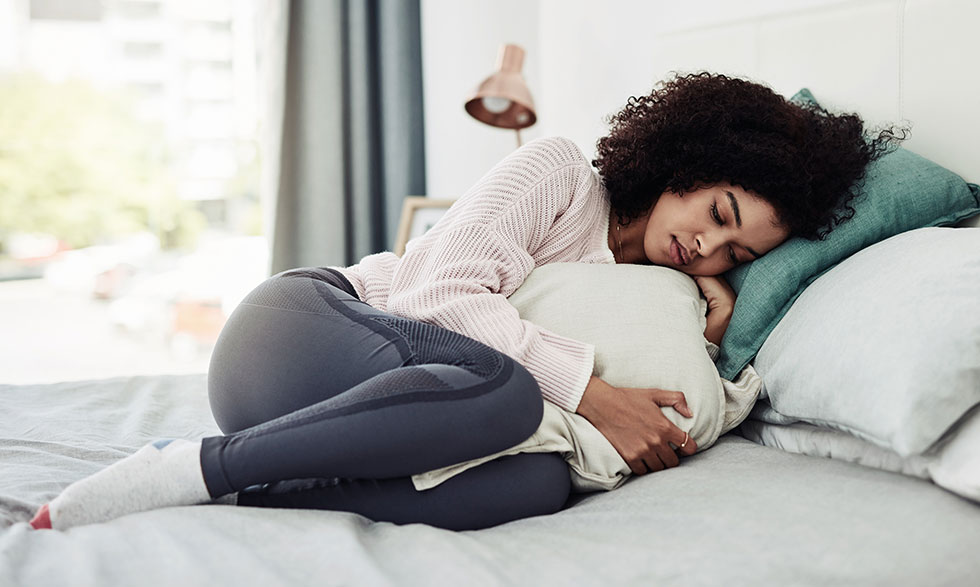 The uterus, or womb, is where a baby grows in a woman's body when she is pregnant. It's lined with tissue known as the endometrium, which is key for implantation, growth, and growth of the placenta. All of these are critical to a baby's health.

But if a woman isn't pregnant, that tissue sheds monthly along with menstrual blood, a process known as menstruation, or a period.

For women with endometriosis, tissue that is similar to the lining of the uterus grows in other places in their body, including:

Just like the tissue that is shed from the uterus each month during a woman's period, the tissue in these other places can also shed, which could cause pain, bleeding, and possible complications.

Endometriosis can affect any woman who menstruates. In the U.S., it is estimated that 10% to 15% of women of childbearing age have endometriosis.

What are some of the risk factors?

Women with endometriosis may have some or many of these symptoms. Be sure to discuss all of your symptoms with your health care provider to make sure you are diagnosed correctly.

Surgery has long been considered the gold standard for confirming the diagnosis of endometriosis. The most common type is called a laparoscopy, which uses a tiny camera attached to a thin tube called a laparoscope to see inside a woman's reproductive areas and around her intestines. Sometimes a small sample of tissue, called a biopsy, is taken during surgery to confirm the diagnosis.

Doctors can also use imaging techniques, such as an ultrasound or magnetic resonance imaging (MRI), to help diagnose the condition.

Endometriosis can be treated but not cured.

Medications that contain hormones, such as birth control pills, injections, or nasal spray can help lessen pain and bleeding. However, the symptoms can come back if the medicine is stopped. Providers may also prescribe pain medication.

Surgical treatment to remove small sections of scar tissue can be done using laparoscopy. A laparotomy is a more invasive procedure where a surgeon makes a cut into the abdomen to explore or remove scar tissue. Other surgical treatments include cutting nerves to help with pain.

If you suspect endometriosis, make sure to reach out to your doctor or gynecologist, a doctor who focuses on female reproductive organs. They will help review your medical history, discuss symptoms, as well as help with diagnosis and potential treatment.

A mother's perspective "How do you measure pain when no one talks about it?" "If you have pain...