Confronting 9/11 trauma from childhood into adulthood 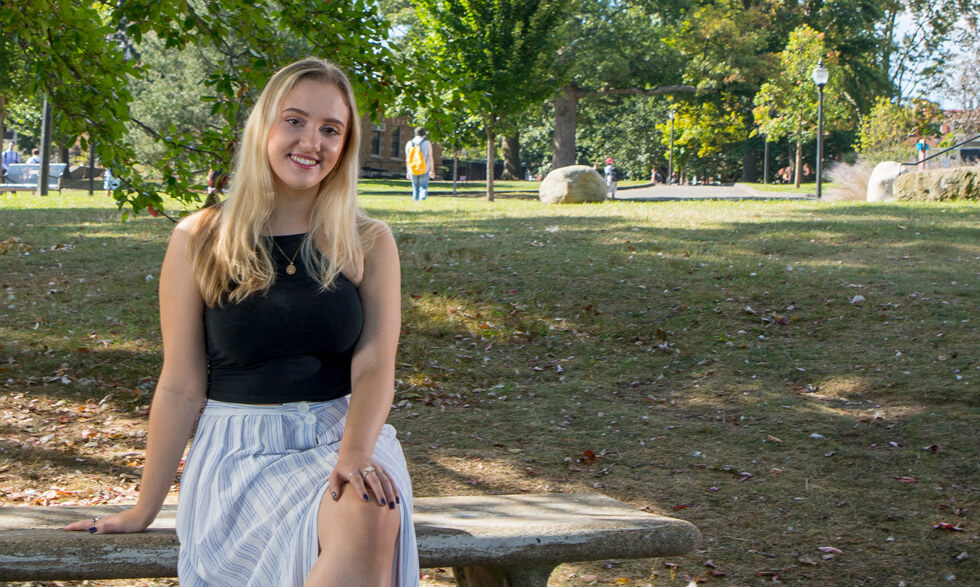 Brianna Parker has used therapy and self-care to deal with the traumatic stress following 9/11.

Brianna Parker was across the street from the World Trade Center in New York on September 11, 2001, when two airplanes flew directly into the towers.

She remembers seeing adults covered with debris, screaming voices, sirens, and a burning smell. She also recalls the horror on the face of the "dust lady"—a debris-covered woman in distress who had made eye contact with Brianna and her mother.

Brianna was only four years old.

While some people assume that a 4-year-old child may not remember such a traumatic event, Brianna remembers it vividly. She lived only a few blocks away from the towers and attended preschool right across the street.

"For small children and parents, getting therapy early is crucial. It helped me tremendously."

She and her mother had planned to go to the toy store located in the towers that day. Instead, they made their way across the Brooklyn Bridge, trying to escape the debris, smoke, and chaos of that horrible day. Brianna's mother frantically tried to call friends and relatives.

Initially, Brianna had nightmares after 9/11.

"My mom had taken me to a therapist," she says. "I remember playing board games with the therapist and playing with dolls. I built a tower with Legos." Eventually her therapy ended when she was 8 or 9 years old.

Today she no longer has nightmares about 9/11. "I feel like I worked through a lot of that when I was younger. I still have anxiety, but I may have had that anyway," she says.

Now, Brianna is 20-years-old and a junior in college.

Brianna finds that most kids her age don't remember 9/11. When she sees other traumatic events in the news, she doesn't associate them with her 9/11 trauma.

"When I was little, I always saw the 'dust lady's' image. It was terrifying," she recalls. "But now, I get news updates on my phone and hear about terrible events—and I don't have the fears I used to have. I don't need to know all the details."

She attributes her recovery to having had years of therapy, beginning when she was very young.

Brianna's advice to those who have been trauma victims: "For small children and parents, getting therapy early is crucial. It helped me tremendously. If I hadn't had therapy, it would have been much worse for me."

Self-care and reaching out to others has also been helpful to Brianna throughout her recovery.

As for any anxiety she has from time to time, she keeps that under control by working out at the gym, doing breathing exercises, and practicing yoga.