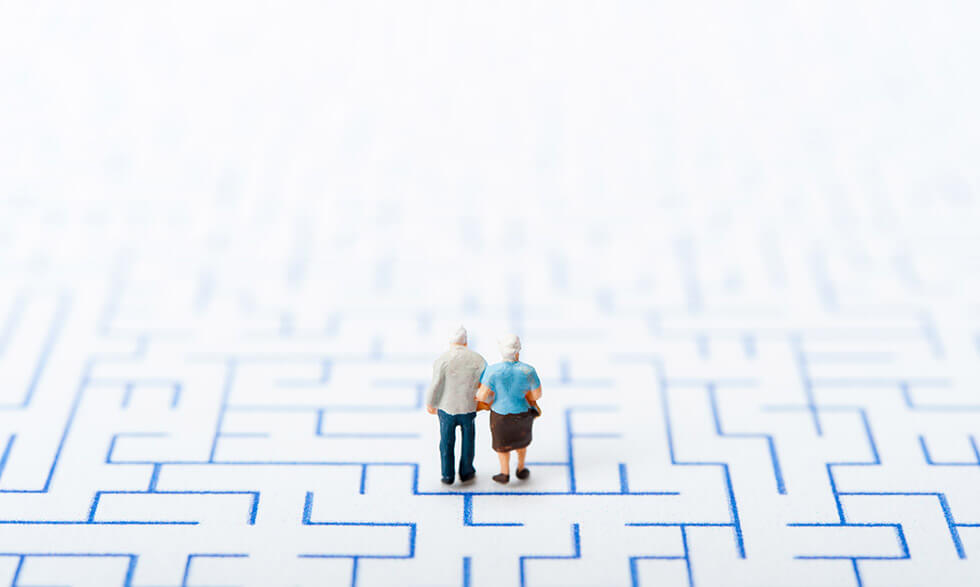 Dementia and Alzheimer's disease are conditions that can affect people as they get older. If you're wondering about the differences between them, read our summary below with information from MedlinePlus and the National Institute on Aging.

Dementia is the loss of cognitive functioning—or thinking, remembering, and reasoning. It also includes the loss of behavioral abilities that interfere with a person's daily life and activities. Dementia ranges in severity. In its most severe stage, dementia could cause a person to depend completely on others for basic activities and daily living.

What is Alzheimer's disease?

Alzheimer's disease is the most common cause of dementia. It is an illness of the brain that begins slowly and gets worse over time. Abnormal deposits of proteins form plaques and tangles in the brain, and once-healthy neurons stop working, lose connections with other neurons, and die. It affects a person's ability to remember things, think clearly, and use good judgment.

In Alzheimer's disease, toxic changes to the brain likely start a decade or more before problems appear.

Early: The first symptoms of Alzheimer's can be different in each person. They may include memory problems and nonmemory problems. Some symptoms include word-finding, vision/spatial issues, and impaired reasoning or judgment.

Mild: As memory loss and other cognitive problems increase, people may have a number of issues. These include wandering and getting lost; issues with handling money and paying bills; repeating questions; taking longer to complete normal daily tasks; and personality and behavior changes. People are often diagnosed in this stage.

Moderate: Damage occurs in areas of the brain that control language, reasoning, sensory processing (relating to sensation or the physical senses), and conscious thought. People in this stage begin to have problems recognizing family and friends. They may also have trouble doing tasks such as getting dressed. Some may have hallucinations, delusions, and paranoia.

Severe: People in the final stages of the disease cannot communicate and are completely dependent on others for their care. Near the end, the person may be in bed most or all of the time as the body shuts down.