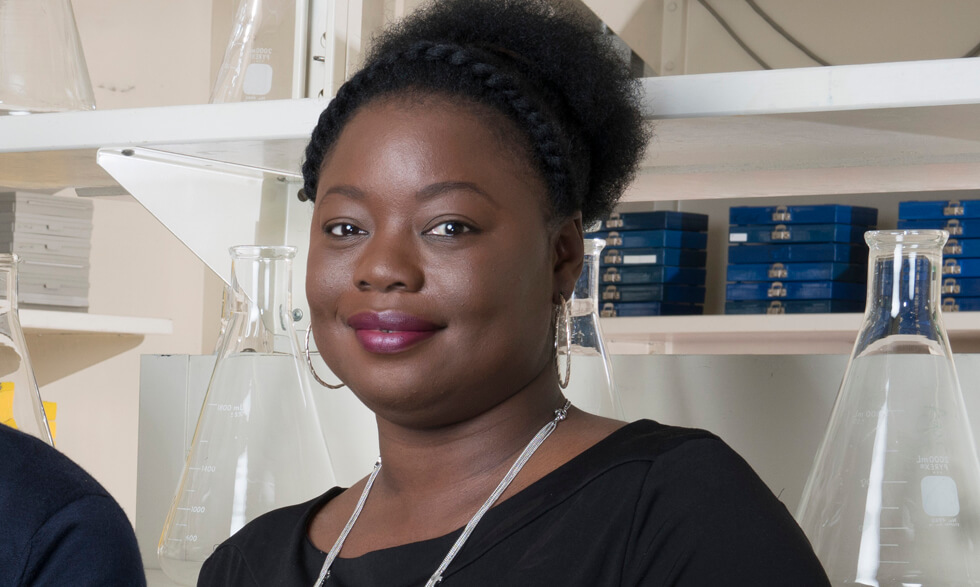 Deidra Flowers-Williams realized in elementary school that she couldn't do the same things as other kids her age. She was diagnosed with sickle cell disease before she was 6 months old.

"I was always sick and always needed to go to the hospital," she said. "It was a frustrating existence at times because my mind and spirit didn't match my body."

"I didn't feel like a science project. I felt like a human being and I was around other human beings who wanted to help save my life."

Sickle cell disease is caused by a genetic problem that makes your blood produce abnormal blood cells, called sickle cells. It can lead to anemia, which can leave you feeling tired and weak.

The disease also causes severe pain and organ damage that make normal things, like working or even moving around, hard to do.

Deidra, now 39, struggled with the side effects of sickle cell disease all her life. Since the disease didn't have a cure, all she could do was minimize the side effects and try to feel comfortable.

She regularly went to the hospital and took medication to cope with the nonstop pain. But that changed in 2016.

"I was declining in health rapidly and there was nothing my doctors could do but keep me comfortable," Deidra said. My quality of life was poor. I was extremely depressed."

Her last hope was a first in human trial with the NIH Clinical Center.

"When I found out about the trial, I wasn't sure what the outcome was going to be. I didn't want to get my hopes up but I couldn't let the opportunity pass me by. If volunteering for this trial made me better, then great, that's what I wanted. I am a mother of two and I want to be here for my children."

The trial, led by John Tisdale, M.D., and his team, happened to be part of the Discovery documentary "First in Human." She knew being part of the trial and documentary could not help just her, but also other patients suffering from the disease.

"I wanted to do something to bring a spotlight to sickle cell disease," said Deidra. "Even in 2017 with all the technology we have, there are many individuals and health care providers who don't understand the true damage it causes."

Working with Dr. Tisdale and his team, Deidra received a stem cell transplant from her sister.

She is now free of sickle cell disease and free of the pain that prevented her from doing everyday activities like walking or playing with her kids.

Deidra says NIH and the trial were the hope that she had been waiting for her entire life.

"As a chronically ill person for 39 years, I have had my experience with doctors and hospital admissions. I can truly say that I felt the researchers and staff at NIH cared about people," Deidra said. "I didn't feel like a science project. I felt like a human being and I was around other human beings who wanted to help save my life and provide me with the best quality of life possible."

For more information on sickle cell disease research at NIH, read the other feature "Is a Widely Available Cure for Sickle Cell Disease on the Horizon?" in this issue.