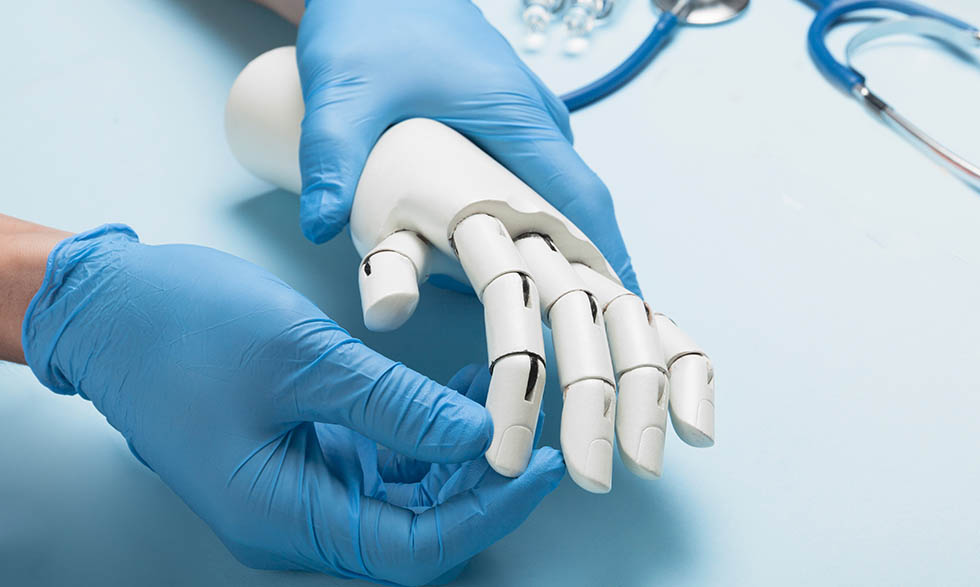 Sensory prosthetics could give users a better sense of touch and help make everyday tasks easier.

A 15-second, painless mammogram. A laser-powered blood sugar monitor. These are just some of the many breakthrough technologies supported by researchers at the National Institutes of Health (NIH).

More than 30 million people in the U.S. have diabetes, a condition that requires them to constantly monitor their blood sugar to stay healthy. This new monitor  could help people check their blood sugar levels without having to prick their finger, which can be inconvenient and painful. Instead, the monitor painlessly reads glucose (blood sugar) levels by focusing a laser on the skin. "There are a lot of people with diabetes who would like to have a noninvasive, continuous sensor," Dr. Tromberg says. "That's been a long-standing challenge for the technical community and need for people with diabetes." The technology is currently delivered through a brace, shown here. Researchers are working to make a smaller, mobile version.

"Mammograms work well in a portion of the population, for example, postmenopausal women," Dr. Tromberg says. "But we would like to have more versatile and effective methods to detect, diagnose, and guide treatment of breast cancer for everyone." Up to 50% of women skip getting a mammogram, in part because it squeezes the breasts and can be painful. But mammograms are an essential step in breast cancer detection. That's why a new breast-scanning method that creates images through light and sound technology could be a game changer. This technology may also hold promise for tracking blood vessel damage in people with diabetes. An example image from the tool, highlighting blood vessels in the breast, is shown here.

A new small blood pressure patch, roughly the size of a U.S. nickel, could one day monitor blood pressure on the go. The patch is made of flexible fabric placed on the skin and uses ultrasound technology to measure sound waves that bounce off blood vessels. This technology could be an important tool for the more than 75 million Americans who have high blood pressure. The condition increases the risk of stroke and heart disease. But it can be improved through blood pressure monitoring, lifestyle changes, and medication. Dr. Tromberg notes that the technology could transform how blood pressure is managed. "There is huge potential to meet an urgent need that could save lives and reduce suffering in an enormous population," he says.

A new technology for prosthetics could drastically improve the day-to-day lives of people missing lower limbs or hands because of trauma or medical conditions. Current prosthetics don't allow a sense of touch. But this technology gives users more feeling and control and could help make tasks like drinking coffee and brushing their teeth easier. As part of this research, wires and sensors that can "speak" to prosthetics were put on patients' upper limbs.

Did you know that the act creating the National Institute of Biomedical Imaging and Bioengineering was signed into law in 2000 by President Bill Clinton?

How a tablet computer and mobile van are improving cancer detection

Rebecca Richards-Kortum, Ph.D., of Rice University, has devoted her career to understanding how technology can improve health and save...

For the National Institute of Biomedical Imaging and Bioengineering (NIBIB), 2020 is an important year. It marks the 20th anniversary of...